The laser tag game is not new, and many of us have grown up playing this game. It works like a paintball game, except in laser tag, the players play with guns that emit infrared radiation.

Related: How To Play Laser Tag 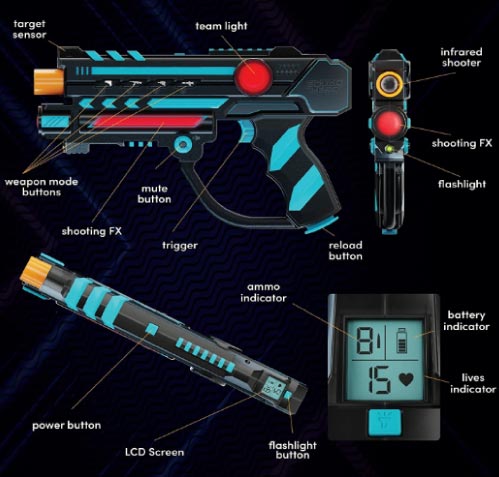 The infrared-sensitive device on players’ vests is connected to a receiver box, so it sends signals to that box that announces on a huge projector visible to all the players in the arena. That projector announces to everyone who is still alive and who has been shot.

Apart from this, the player who gets shot also raises his hand immediately to let his team members know that he has been tagged and now he is out of action. Even if the tagged player does not signal, it is still considered a tag.

The tagged players can be respawned too by their team members. In some laser tag games, a player can be re-spawned a limited number of times, mostly five. While in others, the player can be resurrected countless times.

It all depends on the type of Laser Tag game you are playing and its rules. However, in some laser tag games, the shot player can go back and forth to the resurrect room and join his team members in the arena.

The special costumes or the vests that players wear during the game have two sides, and both sides are considered separate. The player is considered shot when at least one side of his vest gets hit by the laser tag gun.

This means that although it is a very fun game and players enjoy themselves, they should be careful nonetheless and be aware of the rules. Apart from these basic rules, each player in laser tag also gets access to a rapid-fire button.

The rapid-fire button shoots three infrared beams in succession. This button is usually used when the player is running through an open area, and there is zero chance of hitting somebody else.

This option also lets you run behind other players and shoot at them. A player can also use this button when attacked by an opponent.

How Do Laser Tag Guns Work? 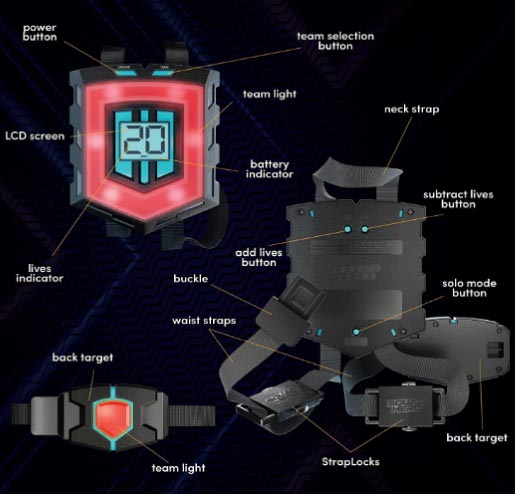 You might be wondering how does tag works. To your surprise, not all laser tags use lasers; most of these laser tag guns use infrared radiation.

So when players shoot at each other, it is the infrared light emitted from their laser guns. Furthermore, these laser tag guns also work as flashlights when the light is extremely straight and thin.

This is because the sensors in the gun are built to absorb the light rays, and they use optical filters to detect this light.

Why do Laser Tags use Infrared Light? Laser Tag Technology

There is an interesting reason behind using infrared light in the laser tag guns instead of a real laser. One reason is that a laser can be dangerous for the player using it and the opponent who is getting hit at.

In addition, laser light poses a serious threat to the eyes, so even if the power of the laser is low, it is still not very ideal to be used for games.

The second reason is that laser light can distract the players because the laser tag gun is usually played in the dark.

Another reason is that laser light cannot record a shot. This is why infrared light is used in laser tag guns because a player gets a complete record of his performance at the end of the game.

That record shows him how many opponent players he shot at and how many times he got shot. So the laser light does not provide this data at the end of each game.

This makes infrared light more reliable and convenient to be used in laser tag guns. In addition, getting to know how laser tag works make the game much more exciting.

How to win at a laser tag?

Although laser tag gun is a very simple and fun game, not all players are equally lucky. Furthermore, some players get frustrated by constantly losing the game, so in this section, we will discuss some simple and easy winning strategies.

In this article, we talked about how laser tag works and some of the tips you can follow to secure wins in the laser tag gun game.

On the other hand, a laser is quite harmful, and it does not provide complete records of players at the end of the performance as well. So this is the reason laser tag guns use infrared lights to function and not laser lights.

It is always exciting to know about the basic functioning of the equipment of the game you love to play. Laser tag guns are fun, and everyone loves to play them. We are hopeful you learned from this article and enjoyed reading it. 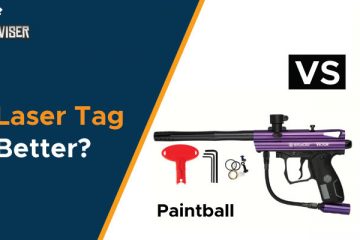 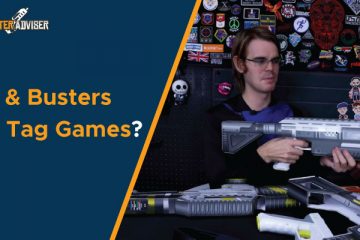 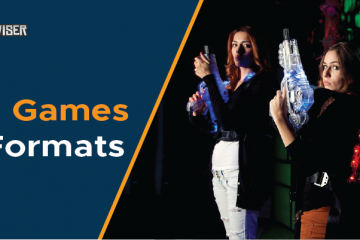