Laser tag game has gained immense popularity in the recent past, and much of the credit for its popularity goes to the latest and innovative designs all the manufacturers are producing. The differently colored laser tag guns and vests with latest technology have increased the amount of fun players can have many times. Not only this, laser game tag game can be played in many ways with different number of players and all have twisted and exciting rules. 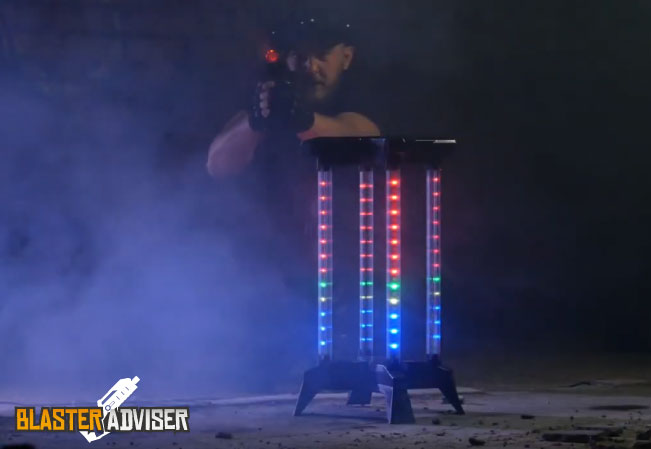 Laser tag games that are played in the arena have different completion times, because it depends on the size of arena. Small arena means players do not have to run a lot and can cover the distance in a short time.

However, in most of arena laser tag game, a single laser tag game lasts for about one and a half hour. 15 minutes from this time are required for the orientation, and other 15 minutes for break. One hour is for the actual game, and this one hour, players get unlimited games. This means, it is up to you how many games you can you and your teammates can play in this one hour.  Duration of each game can vary by 2-5 minutes depending on how long the players take to finish the game.

In the fifteen minutes of break, you can rehydrate, take rest, take a breather, and share a few jokes with your friends to freshen up! In case one of your teammates has a birthday, you guys can eat pizza and have some fun in this time. You can also accommodate fifteen more minutes in this game if you need more time for celebration.  You can also cut the cake if you have the cake, and make great memories.

You can also skip the break time and play laser tag game in these fifteen minutes as well if you are really eager to play it. Anything that seems convenient for you in the arena, you can make it happen and have fun. 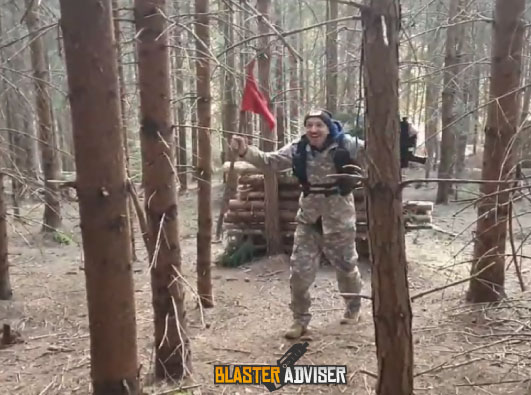 The timing of laser tag game also depends on its mission that you choose to play. There are more than 20 different missions in laser tag play and each has different rules and different playing duration. So every time you enter the laser tag arena to play a different mission play, you have a unique experience and the event becomes memorable.

Apart from different timing, the objectives of each mission also vary in difficulty levels so people from all age groups can have a fun time without getting bored. Each mission lasts somewhere between five to ten minutes.

Some of the missions of laser tag game are given below.

Team elimination is also called Death Match, and in this mission, like all other missions, both teams try to defeat each other. But in addition, the attacking team in Team Elimination tries to eliminate all the members of the opponent team so it can claim the victory.

In the mission Boss and Minion, each team chooses a boss for itself. All the players of each team have multiple lives, however, the boss of each team has only life. The main objective of the game is to kill the boss of the opponent team, while simultaneously keeping the boss of your own team alive. The team who successfully defends its boss while tagging the other, wins the game. The boss in boss and Minion mission gets a tagger that has special settings.

The mission Death Match is a timed mission. Although in all kinds of laser tag games, one team defends itself against the other team while trying to win the high score, but in Team Death Match specially, one team is strictly the enemy of the other team.

Players of one team try their best to kill the members of other team. Each player gets 7 hits but after these, he/she can also be re-spawned by the members of his/her team as many times as the members want. Team that scores most kills wins the Team Death Match game.

In the mission Infected, the players who get eliminated after fixed hits are re-spawned as zombies. So it is basically a human vs. zombies laser tag game. The team with the most number of standing humans wins the game.

Golden gun is a sniper mode laser tag game. One hit from the opponent kills the recipient player, but players receive only one bullet per clip, and the reload time is 5 seconds only. In the Golden Gun mission, team that has the lowest re-spawn score is considered the winner.

Mission Jail Break is played just like mission Death match. The only difference is that when a player dies, he becomes a hostage. A team member of the player who has become hostage goes to the area of enemy team and rescues the hostage player. The hostage player is re-spawned only if he goes back to his own base without getting hit.

In the mission Free for All, each player plays for himself and there is no team system. A player gets eliminated from the game if he gets hit 15 times. The last standing player wins the game.

In the mission Seek and Destroy, the main goal is to destroy the opponent teams Intel box all the while defending your own team’s Intel box. The team that destroys the enemy team first, wins the game. Players have to a bit cautious in this mission because the Intel box shoots back.

The goal of the attacking team is to take down the defending team as fast as they can. Both teams switch roles after one round, and winner is the team that defends the longest.

Once the last defender gets eliminated, both teams switch the roles. The team that holds the Fort for longest time wins the game.

In the mission Wing man, all players are divided into four teams, and each team has two players. In this game, each team gets limited number of re-spawns, and these are all controlled by the taggers. The game facilitator determines these taggers. The last standing duo wins the game.

In the mission Hit Man, players are not split up into any team. All the players get assigned a number, and each player is given a card that contains a different number on it. These numbers refer to another player in the game who becomes the target. The player who successfully takes down his/her target first, wins the game.

Normally, a laser tag game lasts for only 15 minutes. But as we mentioned above, different games take different time and there are many factors at play which determine the actual duration of the game. Similarly, outdoor laser tag games can last for 30 minutes or more.

There are certain laser tag missions which can last for several hours. A recent survey from laser tag operators based in different countries showed that most common laser tag game duration was 15 minutes.

Nicole Lander, co-Founder of Battlefield Sports said, “If we are doing a village festival or school fete type mobile laser tag around inflatables then we usually run 5 minute games. For our forest laser tag then we run 15 minute missions. If we are running a Battle Royale game then it can be over pretty quickly. Usually 4 to 6 minutes. Indoors or mobile games compared to outdoor laser tag need lots more, shorter games.”

“We run 8 minute games, score, then “change ends”, said Graham Simons, who runs many live gaming operations in the UK, such as Jimmy’s Farm in Suffolk, UK and Battlefield Live East Anglia. He continued, “On average we will run 7 games per session and can adjust timings for the last two games to fit with any underrun or overrun to hit our expected finish time. Generally 90 minutes in the Battlezone.”

“We tend to see 20 minutes as optimal [laser tag game time] for a 2 hour birthday event, 2 missions then a break followed by 2 more missions. It mirrors a game of football for a total game time approximately,” said Mark Williams. Mark runs an outdoor last tag game business in United Kingdom and it is called Battlefield Games.

Mae Mei Bidlake from Mango Hill skirmish runs an adventure park that offers laser tag, paintball, and gel blaster games. She said, “[It] Depends on the heat mainly but also the game mode. Games like Domination where both teams are attacking can go longer but if one team is on the attack and the other defense then shorter games work better so you can switch sides and not tire players out too fast”.

“I think most of my customers would die going 15 minutes straight, we break it down into 5-8 minute rounds”, said Kyle Day. Kyle is the operational manager of an indoor laser tag arena in Sioux City, Iowa, USAcalled Combat Live.

This shows how there is no fixed timing of laser tag game, and it all depends on different factors.

Hope you enjoyed reading this article and it answered your questions. Thank you for reading!

Tagged InHOW LONG IS THE GAME OF LASER TAG 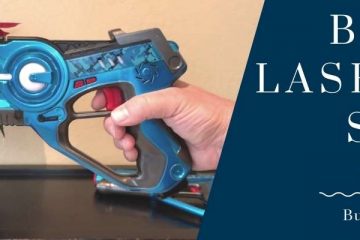 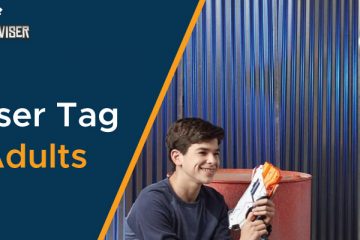 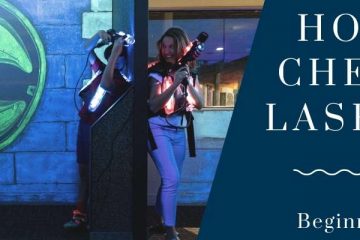